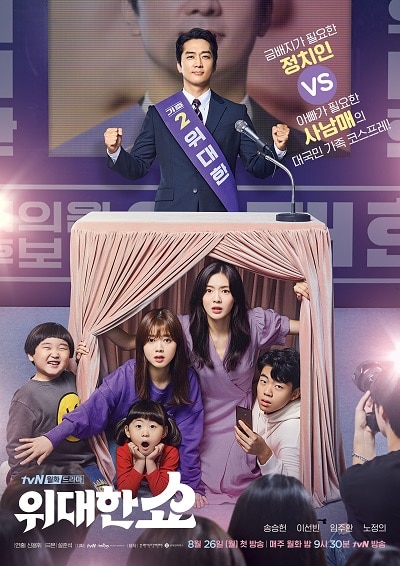 Synopsis:
Wi Dae Han (Song Seung Hun) is a rookie politician with good looks, the ability to give a flawless speech, and quick wits, who dreams of implementing justice in society. However, due to an unfortunate family incident, his political career has been nothing but a failure. One day, an 18-year-old girl who claims to be his daughter comes looking for him along with her three siblings.