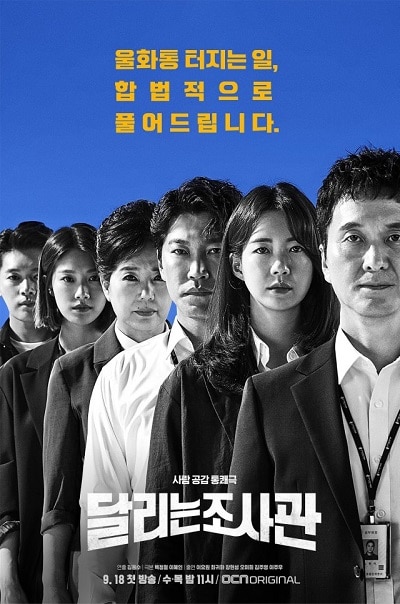 Synopsis:
This drama is based on the novel “Dalrineun Josagwan” by “Song Shi Woo/송시우” which was published on 2015-Oct-22 by “Sigongsa”.

It follows investigators for the Human Rights Promotion Commission. They fight for those whose human rights are violated.

Han Yoon Seo (Lee Yo Won) works as an investigator for the Human Rights Promotion Commission. She investigates cases based only on the only facts, while trying to stay impartial throughout the investigation. Because of this, she is often mistakenly thought to lack empathy. She also carries a secret and an emotional scar from her past that she cannot tell anyone. Meanwhile, Bae Hong Tae (Choi Gwi Hwa) is a former prosecutor. He was dispatched to the Human Rights Promotion Commission and began to work as an investigator for that organization. He is righteous and tends to act before thinking things through. Both of them have conflicts on everything, but they work together for the people who need their help.