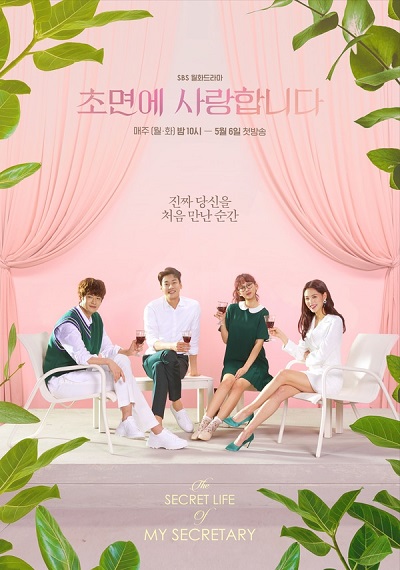 Synopsis:
It’s about A cold-hearted boss of a mobile media company finding his true identity and finally starting to respect people after losing his sight.

Do Min Ik (Kim Young Kwang) works as a director of the mobile media 1 team at T&T. He is smart and excellent at his job. His secretary is Jung Gal Hee (Jin Ki Joo). Do Min Ik often does childish things like calling Jung Gal Hee continually. Jung Gal Hee carries out Do Min Ik’s orders without complaints. She looks soft, but she hides her tough side.

The Secret Life of My Secretary – 초면에 사랑합니다 Official Site

Watch The Secret Life of My Secretary – 초면에 사랑합니다 Online on Viki.com