When I Was Most Beautiful – 내가 가장 예뻤을 때 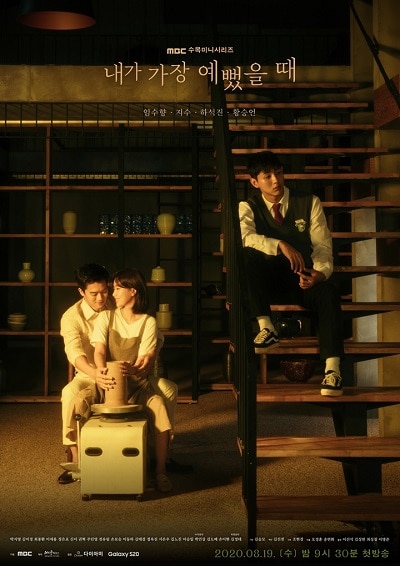 This is a healing drama emphasizing the end of suffering and salvation to the cry that everyone deserves to be happy. It deals with the love of a woman and two brothers.

Oh Ye Jin (Im Soo Hyang) is a ceramic artist. She dreams of finding ordinary happiness, but life throws her a twist when she falls in love with brothers Seo Hwan (Ji Soo) and Seo Jin (Ha Suk Jin).

Seo Hwan is an architectural designer. He falls in love with Oh Ye Jin at first sight, but his feelings puts him up against his older brother Seo Jin. Older brother Seo Jin is a race car driver. He became attracted to Oh Ye Jin after he met her for the first time at his father’s workshop. Meanwhile, Carry Jung (Hwang Seung Eon) is Seo Jin’s ex-girlfriend. Even though they broke up, she can’t get over him.

When I Was Most Beautiful – 내가 가장 예뻤을 때 Official Site