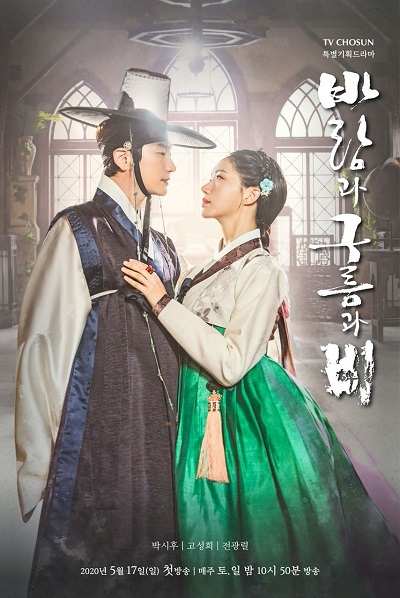 Set in the late Joseon period, drama series follows face reader (physiognomist) Choi Chun Joong (Park Shi Hoo) as he tries to build up an ideal nation. Choi Chun Joong is Joseon’s greatest fortune teller and physiognomist. He is a hero of the turbulent times, and he is the king of Joseon’s people. Choi Chun Joong possesses the great ambition of building a new nation after overturning Joseon, which has been ruined by the men in power. With handsome looks, Choi Chun Joong is a sophisticated man who excels in the arts including martial arts, gambling, singing, and dancing. He is also a romantic who puts everything in the line for the woman he loves. With a way with words and a brilliant mind for politics, he’ll create a miracle, making Yi Ha Eung the most powerful man in Joseon, Yi Ha Eung’s son Lee Jae Hwang into a King, and Min Ja Young, a girl from the streets, into Joseon’s empress.